Just a few weeks after hanging up his sticks with JCQ at the FTMO convention in Minehead, John Coghlan played his first live jazz gig on 14th October. Billed as "John Coghlan & Ben Holder's 'Quo Reimagined'", the gig was held at Burford Jazz and was promoted as follows.

"Something quite different - and we're really excited about this. John Coghlan, drummer for the Iconic band Status Quo for over twenty years, is a big supporter of Burford Jazz (you'll nearly always see him there with wife Gillie - keeping a watchful eyer on the drummer of the evening)! So, we decide to ask John if he would help us create a show based around some of the popular songs of his old band and he's agreed to play drums and host the event. We have invited dynamic pianist and arranger Alex Steele to pick a set of 'Quo' hits and re-imagine them as jazz pieces. AND - instead of wailing guitar solos, we've asked Ben Holder to be our guest artist to play violin solos over some arrangements and sing on others. The rehearsals are sounding great and we promise you, with John playing mainly brushes on drums, double bass and piano re-harmonising the Quo hist then adding Ben's energetic violin solo work - this will be one heck of an exciting and utterly unique concert."

Some excellent professional photos from Ron Milsom can be found here.

Francis and Rhino were interviewed by Hawksbee & Jacobs on talkSPORT radio on 21st October. 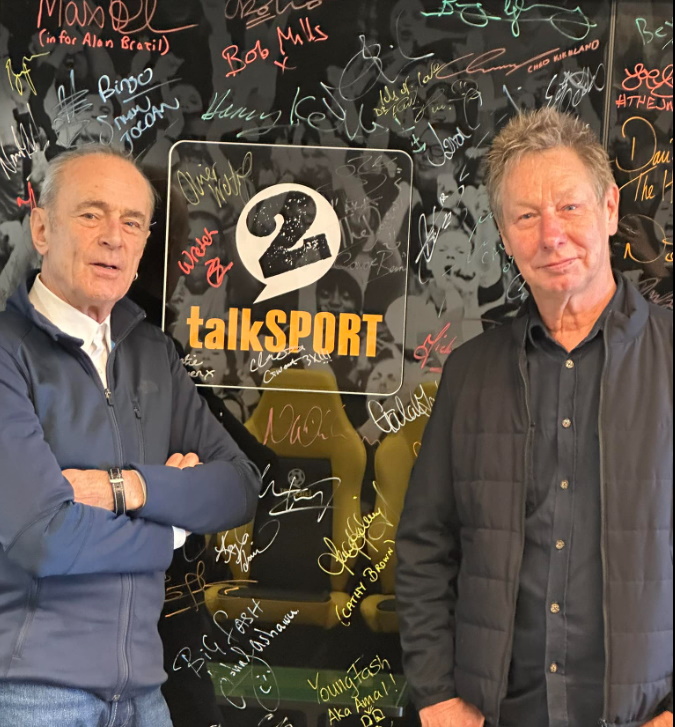 It was an interesting choice of promo, with Rhino clearly being more at ease with talking about sport (and soccer in particular) than Francis, who said the last game he watched was when England won the World Cup in 1966! Francis said he thought that the new "Quo'ing In" compilation was a "good idea" and he also mentioned his future appearance on the "Celebrity Antiques Roadtrip" show with Linda Nolan, saying it was a very enjoyable two or three days of filming.

On the football theme, Rhino talked about his Lloyd Owusu song and, in reference to Francis and the sport, said "he's allergic" to football!

Turning to promo, they discussed the upcoming tour and having Shakin' Stevens as support. Rhino fondly remembered their gigs in Mexico as "mental but the best fun". 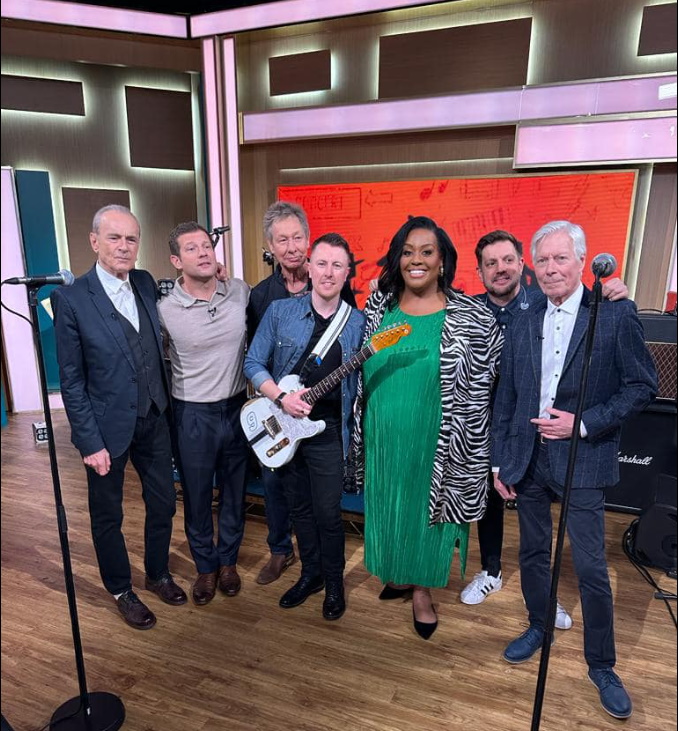 Quo appeared on ITV's popular This Morning show on 28th October. Introduced by Alison and Dermot, the band played "Rockin' All Over The World" with live vocals over the new 2022 version of the song. UK-based fans can watch their performance here.

30th - Rhino's Revenge gig at The Half Moon, Putney

After many postponements and cancellations around the October tour, Rhino's Revenge managed to sneak in one gig before the month was out with a matinee show at The Half Moon in Putney. Regular guitarist Jim Kirkpatrick was out doing his thing with his main band, FM, so it was down to Freddie Edwards to step in alongside his father again.

The line-up Rhino, Richard Newman and Freddie Edwards but various guests added to the mix, with Neil Pond (harmonica), Mae Edwards (drums, also tambourine and cowbells), Craig Joiner (guitar) and Alan Crook (vocals on last song) all making appearances! The set list was as follows, not a bad way to spend a Sunday afternoon!