The following article about rumours of Francis appearing on the "I'm A Celebrity" TV show appeared in The Sun newspaper on 11th November and was written by Stuart Pink.

"STATUS Quo rocker Francis Rossi keeps snubbing mega bucks to go on I'm A Celeb because he refuses to share a toilet.

The star, 70, has been approached by ITV bosses for several series. But they have failed to tempt the Down Down (Deeper And Down) singer.

Speaking exclusively to The Sun, Francis said: "They've asked me a few times but if I can't have my own toilet then it's a case of 'thank you, goodbye'.

"Do I really want to go in the toilet with four days of s*** in it? Of course not.

"I've had my own bathroom since my twenties.

"Why would I want to share that with anyone?"

Asked how much money would convince him to change his ways, he said: "I'd probably do it for a million.

"But I'd get thrown out the first week because I wouldn't do anything.

Francis, who is going back on tour with Status Quo next October, says his family are always asking if he's going on the ITV show because he's constantly linked.

He added: "The amount of people in my family who've asked me 'are you doing it? I've read it that you are'

"People just see a gap in the band's schedule and put two and two together."

It's hard to believe but Francis officially announced the auction of his original green Telecaster through Bonhams auction house on 12th November. The Entertainment & Memorabilia auction will take place on 17th December and the Tele is the most valuable piece in the catalogue, with an eye-watering guide price of 100,000-150,000 UK pounds! There was a big press reaction to the news, the following is an example from the UK's Daily Mail on 13th November, written by Rod Ardehali.

"An electric guitar used by Status Quo's Francis Rossi during the band's classic Live Aid performance is up for auction and expected to fetch upwards of Â£150,000.

The guitar was first used on the single Down The Dustpipe in 1970 and played on virtually every single one of the band's tracks for the next 45 years.

Rossi, now 70, announced the sale of the guitar at Bonhams auction house in London on Tuesday, making it the star attraction of the forthcoming entertainment memorabilia sale in Knightsbridge on December 17.

The Quo frontman, who retired the axe just a few years ago, said: 'The green Tele served me extremely well for almost 50 years.

'I'm always amazed when I look back and realise what a chequered history we had together.'

'Purchased second-hand in Glasgow by Rossi in 1968 for Â£75, and in his ownership for more than 50 years, Francis' Fender has been an integral part of Status Quo's history.

She added: 'The guitar also featured in the majority of the band's 6,000 live shows before being retired by Francis in 2015.

'Notably appearing in arguably the band's most high-profile performance, the globally aired Live Aid concert at Wembley Stadium in 1985, which had a total audience of 1.9 billion.'"

Details about this auction can be found here (and the impressive catalogue, with a feature piece on Francis's guitar, can also be downloaded as a PDF). 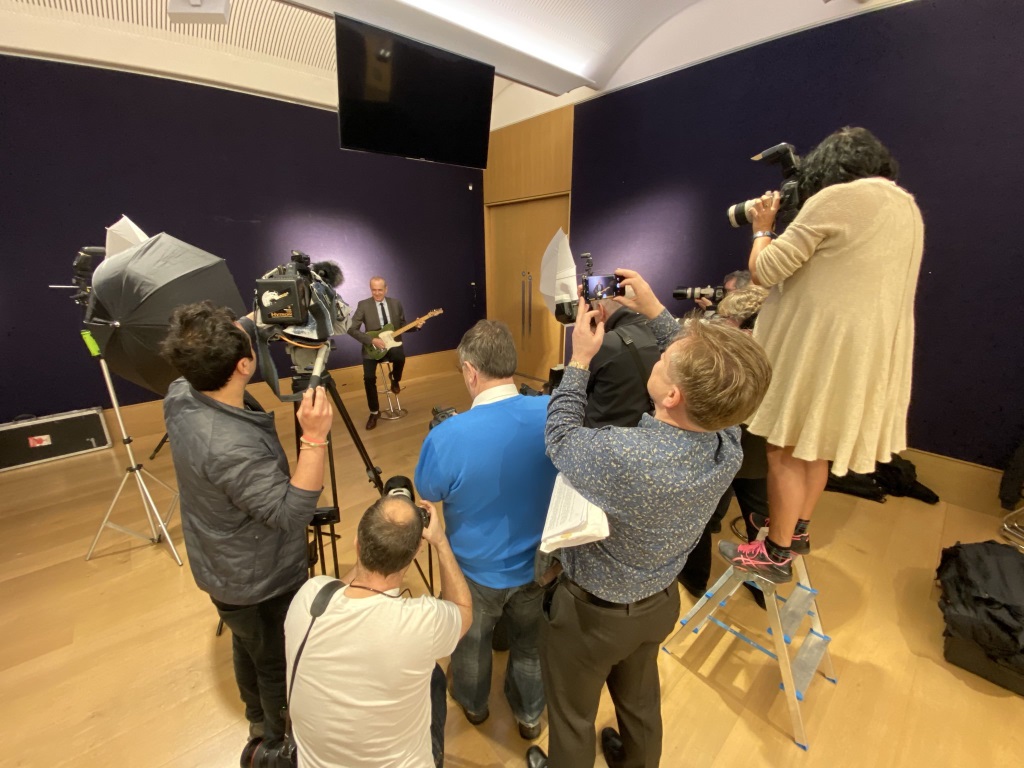 Quo performed live as part of a special show at the Savoy Theatre in London for Children In Need on 17th November. The show was broadcast via Michael Ball's Radio 2 show and he introduced them before they played "Liberty Lane" (playback but with live vocals). Michael then interviewed Francis, during which Michael revealed that he lives next door to Andy Bown! He managed to get the year of "Live Aid" wrong (saying 1984) but Francis seemed in a happy (and somewhat silly) mood, if a little breathless after the first song. They then played "Rockin' All Over The World" (again (playback but with live vocals). 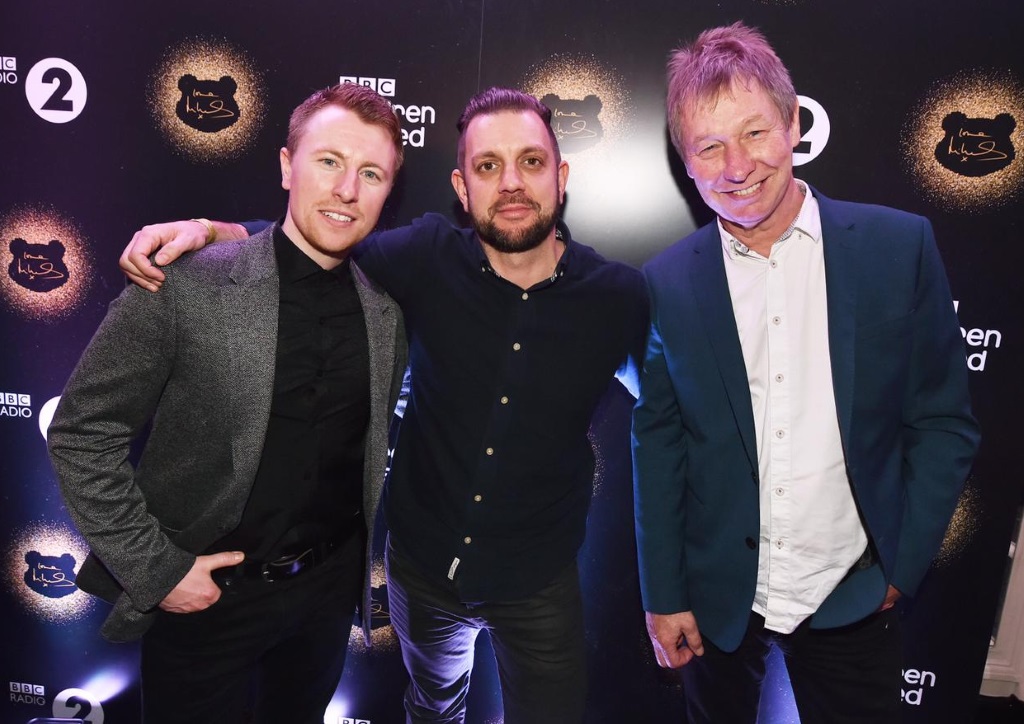 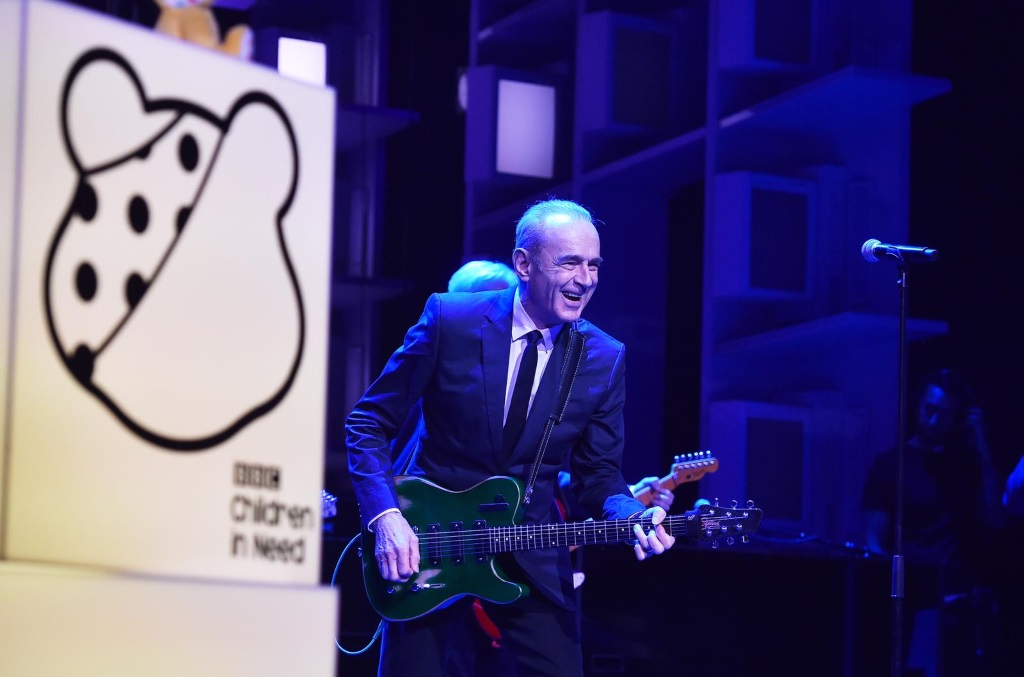 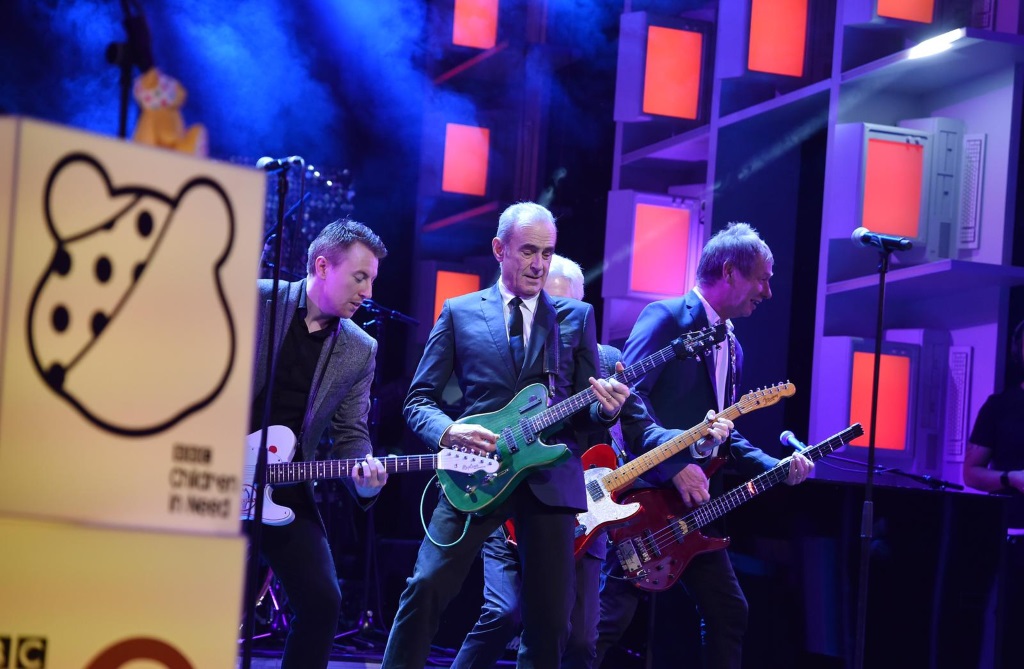 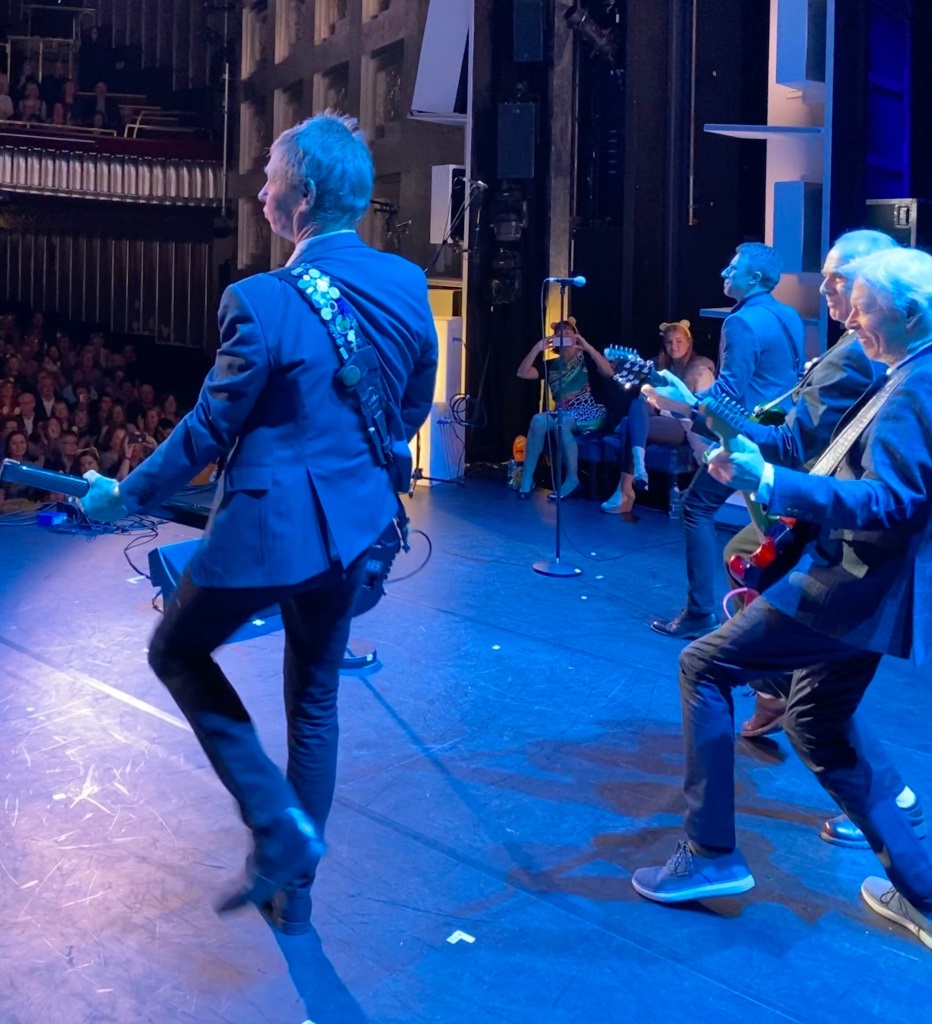 Alan was interviewed by Denis Gray on the Australian Rock Show podcast and the interview was published on 21st November.

Kicked off by playing the Bombers track "Crime Investigator" and the focus of the interview was the recently-released Bombers live album. Alan talked about how the album came about and the recovery of the original tapes. His exit from The Party Boys was discussed and with the claim that he and John Brewster left once the record company dropped the band. Denis suggested that working with The Party Boys rejuvinated Alan and he agreed, he even compared John to Rick Parfitt as a rhythm guitarist. Talking about the much smaller venues he was playing with these bands compared to what he'd become used to in Quo, Alan said he was scared without the various production help on hand, but learned to enjoy it.

Turning specifically to the new live Bombers album, Alan spoke about proving himself outside of Quo and how much he enjoyed the energy of the band. He talked very fondly about the late Steve Crofts as a great guitarist and how he was "blown away" by Tyrone's vocal abilities. Denis mentioned the large number of support slots the band got to major acts in Australia, but the deals in America (with A&M) and Japan fell through. On the subject of the band reforming, Alan said he "wouldn't say never"!

In closing, Alan had to choose one Aussie song to be played and he picked "Pleasure and Pain" by Chrissie Amphlett. Denis finished off the podcast by playing the amazing "City Out Of Control" from the live album.

The full podcast is available here.

In the lead up to the Bonhams Entertainment and Memorabilia auction (on 17th December), a few of the guitars - including Francis's green Telecaster - were displayed at the HMV Vault in Birmingham over the weekend of 23rd and 24th November.