Francis's original green Telecaster went under the hammer in an "Entertainment & Memorabilia" auction at Bonhams on 17th December. The advertised price range was £100,000-150,000 but the hammer fell at a little under the guide price, £95,000 (or £118,812 including buyers premium). It is understood that all proceeds from this sale went to the Nordoff Robbins charity.

The sale attracted plenty of press interest, both before and after the auction. The following article from the Belfast Telegraph, titled "Status Quo star's guitar sells at auction for nearly £120,000" and written by Keiran Southern, is typical of the coverage.

A guitar belonging to Status Quo star Francis Rossi has been sold at auction for nearly £120,000.

It went under the hammer at an auction in London on Tuesday and fetched £118,813.

Jon Baddeley, managing director of Bonhams Knightsbridge, said: "It has been a great pleasure to have this iconic guitar in the spotlight at today's auction.

"The Bonhams saleroom is a very different stage to arenas or stadiums and we are delighted this legendary piece of British rock memorabilia hit such a high note today."

Speaking before the sale, Rossi said: "The green Tele served me extremely well for almost 50 years and I'm always amazed when I look back and realised what a chequered history we had together."

The guitar was the headline item at Bonhams Entertainment Memorabilia Sale which also included the red and white trousers worn by Queen star Freddie Mercury on the band's 1986 tour.

A self-portrait of John Lennon and Yoko Ono from 1969, which the former Beatle added to autographs or when signing letters, also sold for £20,063.

A guitar commissioned by fellow Beatle George Harrison as a gift for his former manager Denis O'Brien, a Zemaitis 12-string acoustic guitar, fetched £18,813.

And a signed, hand-made shirt worn by Robert Smith of The Cure during the band's 1989 Prayer Tour sold for more than five times its pre-sale estimate, going for £6,313.

Smith offered the shirt for sale and is donating the proceeds to the Oxfam charity's Green Christmas appeal." 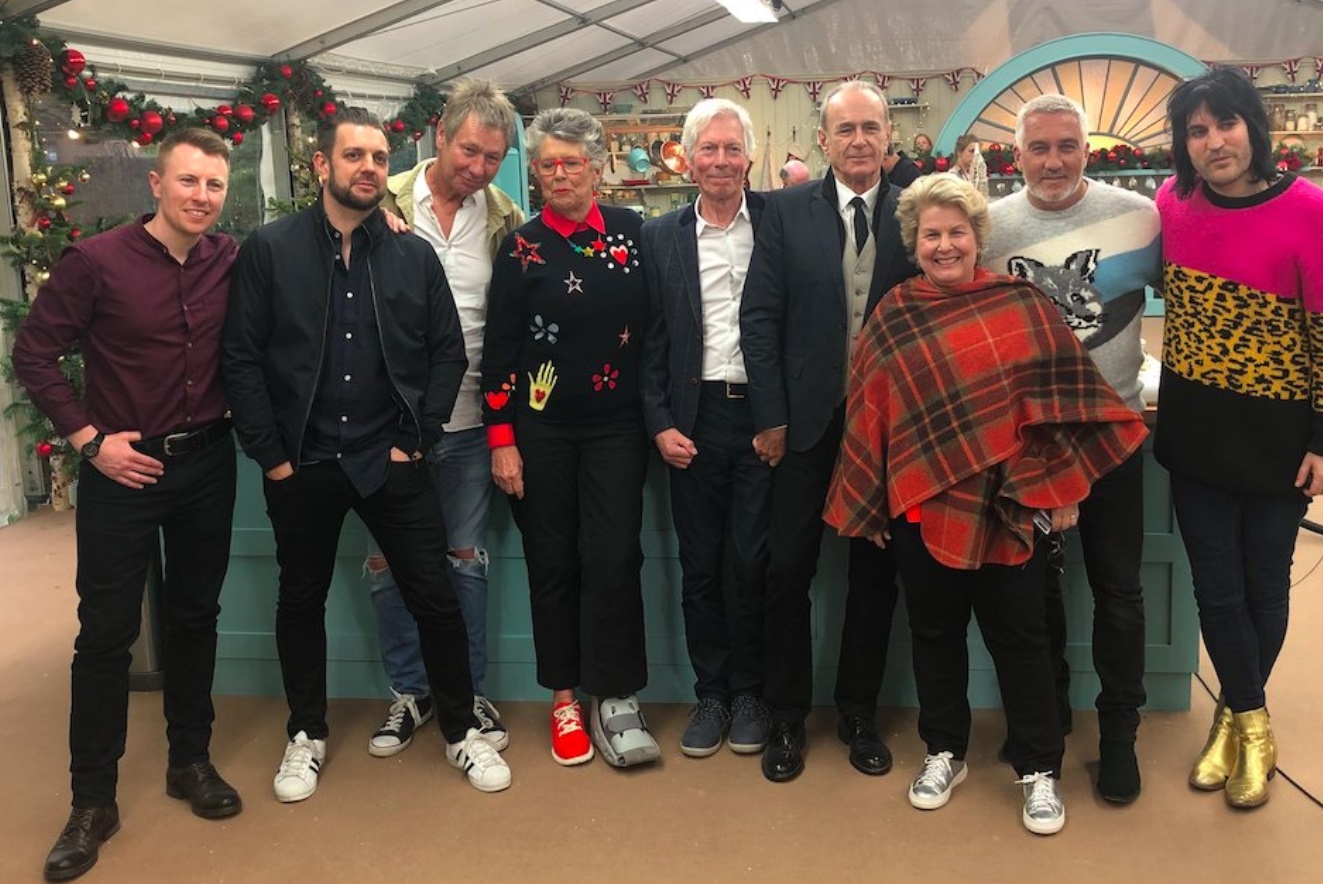 Quo made a rare Christmas Day appearance on UK television, closing out the popular primetime "Great British Bakeoff" with a performance of "Rockin' All Over The World". Sadly, their performance was cut to less than thirty seconds right at the end of the show!

Quo appeared on the Silvester Show on Germany's ARD Das Erste on 31st December as part of a New Year's Eve celebration show. Their performance of "Rockin' All Over The World" can be viewed online here and "Liberty Lane" on YouTube below.